The Complete Diet of The Prophet Muhammad (PBUH) 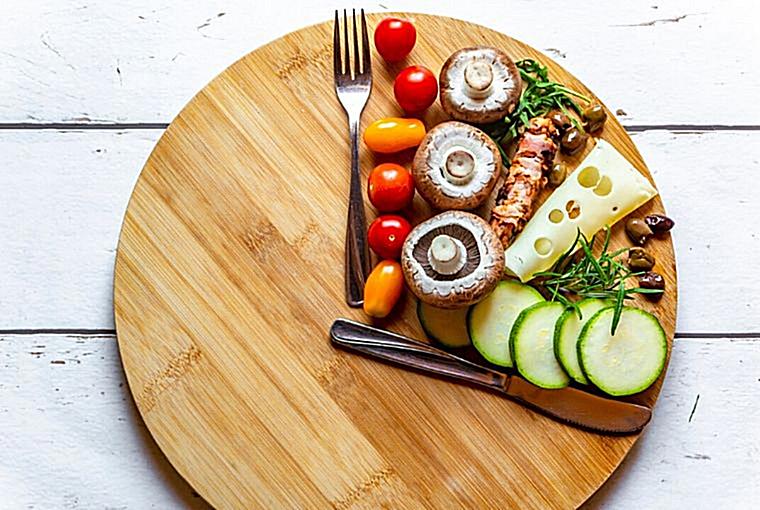 The Prophet Muhammad, peace be upon him, was a Flexitarian who forbade eating meat on a daily basis. When asked what he was eating instead of meat, he would respond Dates and Water for two lunar cycles at a time.

Meat consumption is not prohibited in Islam, although the Prophet pbuh described it as “meal of the Kings,” implying that it should be viewed as a luxury rather than the main course.

Also, eating meat is not required in Islam. For personal reasons, one of the Sahaba preferred not to eat meat, which the Prophet pbuh approved. However, it is not necessary to give up meat as part of ibadah, nor is it necessary to eat meat in order to become a Muslim. (2)

During prophetic times, meat was only consumed on rare occasions and was considered a luxury. Even on Fridays or when he had visitors, the Prophet pbuh would eat squash/pumpkin or dates if meat was not available.

We should eat and drink well, but not excessively, according to the Quran. When the Prophet ate, he did it with his gut. He did not gauge until he felt ill in 3rd, because it is sunnah to eat within allotment.

“Eat and drink, but do not overindulge, for God despises people who overindulge (in their activities).” 7:31 (Quran)

The Prophet (peace and blessings of Allah be upon him) stated, “There is no vessel that the son of Adam fills worse than his stomach.” It is enough for Adam’s son to consume a few mouthfuls to keep him going. If he has to do it, let him fill one-third of his stomach with food, one-third with drink, and one-third with air.” Al-Tirmidhi (2380) narrated it, and al-Albaani classified it as saheeh in al-Silsilah al-Saheehah (2265).

When it came to eating, the Prophet pbuh was not picky; he ate whatever was available at the moment. In current times, we may consume three-course meals or prepare a variety of meat, fish, and vegetable dishes. It is reported that the Prophet pbuh disliked “mixing” food and preferred to eat basic meals. (3)

With the current era of importing food from all over the world, we have become increasingly demanding and spoiled with our eating options. 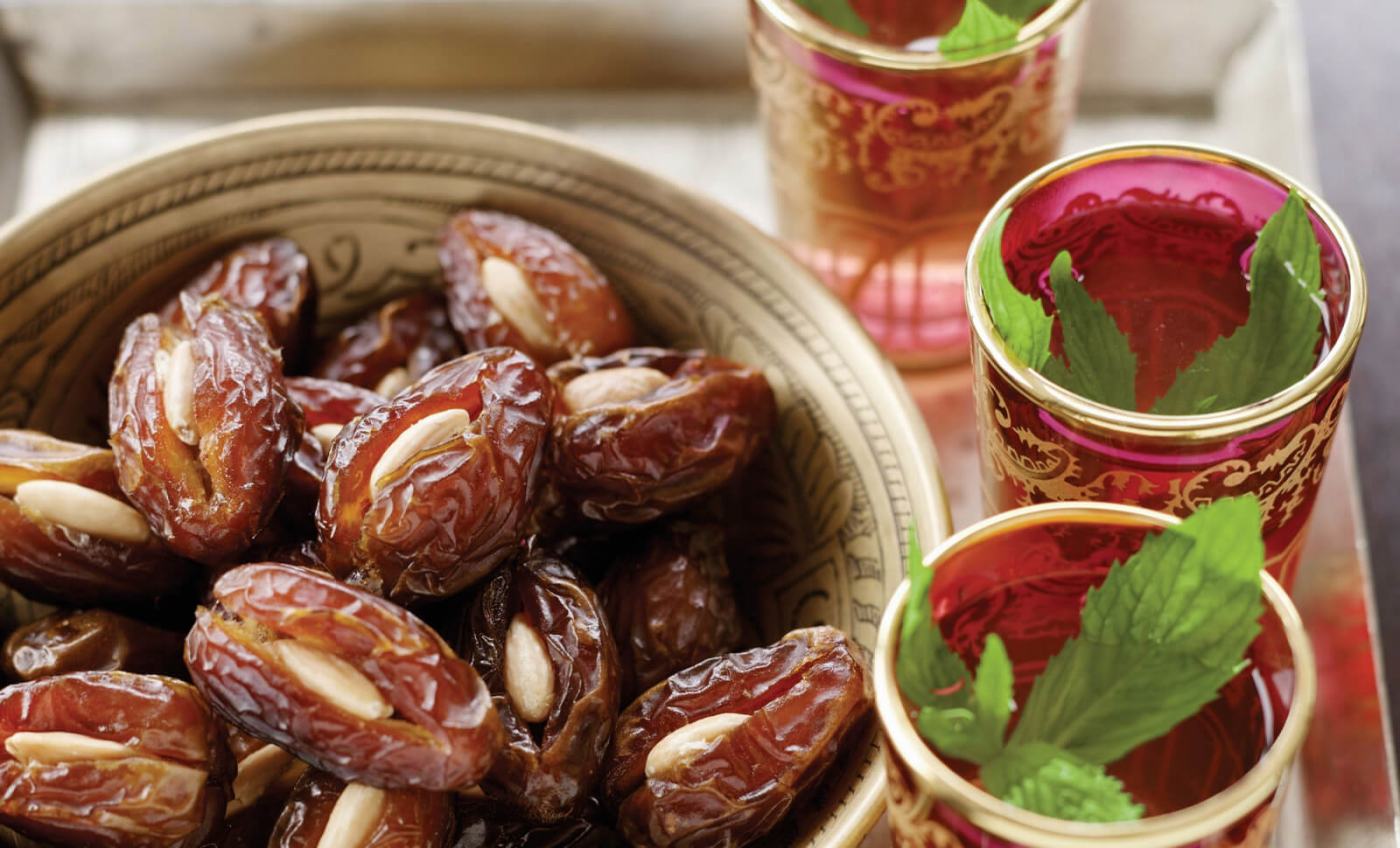 In Malik’s Hadith and Muwatta, there were warnings about excessive meat consumption:

Yahya ibn Said, Malik’s muwatta, reported that Umar ibn al-Khattab said, “Meat should be avoided. It is addicting in the same way that wine is addictive.” (4)

The human species is becoming addicted to low-quality meat, and eating meat has become ingrained in our daily lives. Because of the increased use of meat and processed meals, people are becoming increasingly unwell, afflicted with diseases such as diabetes and cancer. This is due to agricultural practices shifting to produce more and more to keep up with the consumer’s greed and addiction. Eating fresh, home-grown, hygienic food is an important element of Islam. Tayyib is a type of food. (Delicious, pure, healthy, and nourishing)

“Oh, you people, eat what is halal and tayyib from the ground, and do not follow in the footsteps of the Shaytan…” 2:168 (Surat al-Baqarah) (5)

So, other from meat, what did the Prophet eat:

Dates, figs, grapes, milk, honey, olive oil, vinegar, watermelon, barley, pumpkin, squash, and any other vegetables that were available, as reported in the hadith below, made up the rest of the Prophet’s diet.

“Whoever eats seven ‘Ajwa dates every morning will not be afflicted by poison or magic on the day he eats them,” Allah’s Messenger (PBUH) said. (5445 Bukhari)

“What is in their bellies – between excrement and blood – pure milk, acceptable to drinkers,” says the narrator. (16:66) in the Quran

According to the Prophet (PBUH), “Cupping, a gulp of honey, or cauterization are the three methods of healing.” (5681 Bukhari)

As Muslims, it is sunnah for us to incorporate the Prophet’s eating practices into our daily lives; while this may require a full lifestyle shift for some, our reward may be enhanced merely by attempting to eat a more balanced diet. 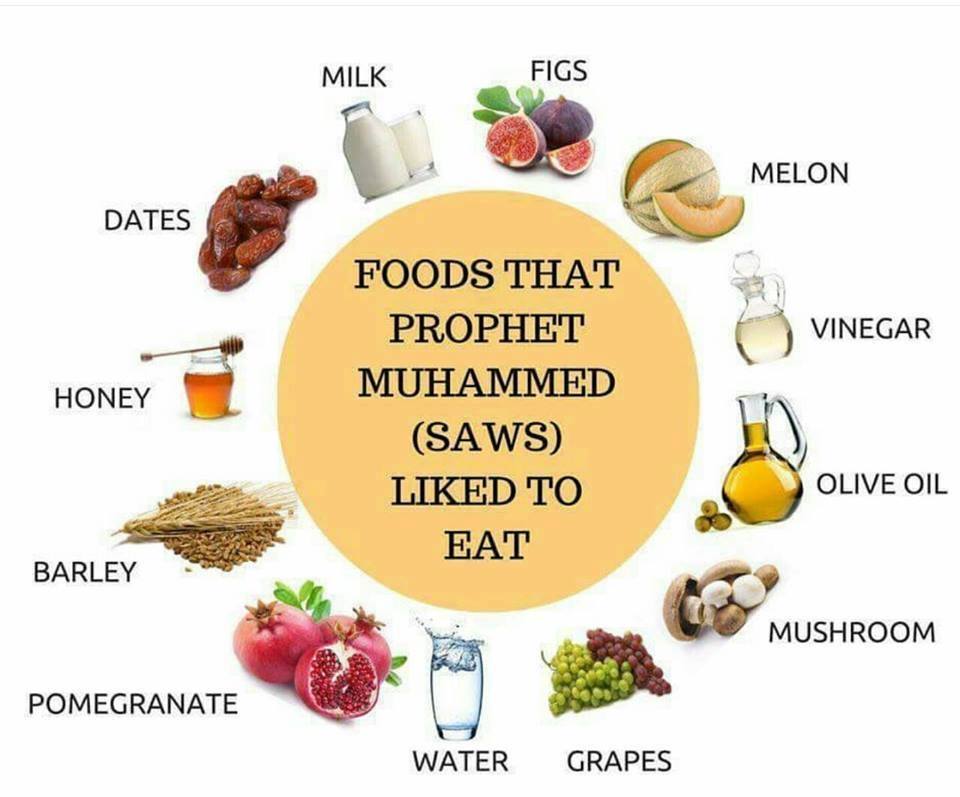 Food Suggestions from the Prophets

When he put his hand in the food, he would exclaim, “Bismillaah (in the Name of Allah),” and he encouraged others to do the same. “When any of you eats, let him recite the name of Allaah,” he said. If he forgets to pronounce Allaah’s name at the start, he should say Bismillaahi fi awwalihi wa aakhirihi (in the name of Allaah at the start and conclusion).” Al-Tirmidhi (1859) and Abu Dawood recited a saheeh hadeeth (3767).

When eating, the proper view is that it is required to mention Allaah’s name (say Bismillaah). The ahaadeeth that state this are saheeh and straightforward, and they contain no conflicts.

He never said anything negative about food. He would eat it if he liked it, and if he didn’t, he would leave it alone and not say anything. Al-Bukhaari (3370) and Muslim both narrate this story (2064).

When he asked his family for food and they answered, “We have nothing but vinegar,” he would laud the cuisine. “What a fantastic food is vinegar,” he said as he requested for some and began to eat it. Muslim tells his story (2052)

As evidenced by the above-mentioned vinegar story, he used to chat while eating.

When he was eating with him, he remarked to his step-son ‘Umar ibn Abi Salamah, “Say Bismillaah and eat from what is in front of you in the dish*.” Al-Bukhaari (5061) and Muslim both narrate this story (2022). [* People used to eat from the same dish at the time of the Prophet (peace and blessings of Allaah be upon him), and children would sometimes forget proper manners. – Translator]

As a generous host, he would repeatedly urge his guests to eat, as seen in Abu Hurayrah’s hadeeth about drinking milk, narrated by al-Bukhaari, where he repeatedly told him, “Drink!” and he kept telling him to drink until he (the guest) said, “By the One Who sent you with the truth, I have no more room for it!” Al-Bukhaari tells the story (6087).

He would not leave until he had made du’aa’ for those with whom he was eating. “O Allaah, bless for them that which You have given for them, pardon them and have compassion on them,” he prayed in the house of ‘Abd-Allaah ibn Bisr. Muslim tells his story (2042).

“Eat with your right hand!” he ordered a guy who was eating with his left hand in his presence, according to a saheeh hadeeth. “I cannot,” the man stated. “May you never be able to!” he exclaimed. – and the man never again raised his right hand to his mouth. Muslim tells his story (2021). He would not have prayed against him for eating with his left hand if it was acceptable. The man’s arrogant arrogance caused him to refuse to accept the mandate, and it was this extreme disobedience that warranted this prayer.

Those who grumbled about never feeling full were told to eat together rather than separately, and to invoke Allaah’s name (say Bismillah) over the food so that He might bless it for them.” Abu Dawood (3764) and Ibn Maajah (3765) are the narrators (3286).

He was also quoted as saying, “I do not eat while reclining.” 5083, al-Bukhaari narrates.

He used to eat with his right hand’s first three fingers, which is the greatest method to eat.

The Prophet’s dietary advice is as follows:

The Prophet (peace and blessings of Allaah be upon him) used to be aware of what he ate.

He used to consume only healthy foods.

He used to eat just enough to keep himself going, but not enough to gain weight. “The believer feeds in one stomach, but the kaafir eats in seven,” Ibn ‘Umar recounted from the Prophet (peace and blessings of Allaah be upon him). Al-Bukhaari (5081) and Muslim both narrate this story (2060).

He taught his ummah how to defend themselves from ailments brought on by food and alcohol. “The son of Adam fills no vessel worse than his stomach,” he stated. It is enough for Adam’s son to consume a few mouthfuls to keep him going. If he has to do it, let him fill one-third of his stomach with food, one-third with drink, and one-third with air.” Al-Tirmidhi (1381) and Ibn Maajah (3349) both narrated it, and al-Albaani classified it as saheeh in al-Silsilah al-Saheehah (2265). 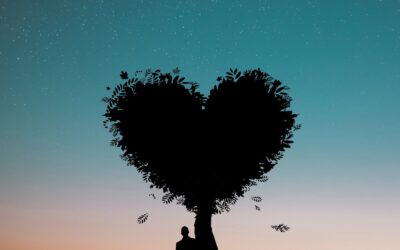 Your Heart is the Pillar of Your Worship by Abdullah ‘Azzam

"...the heart is the machine that drives all acts of worship. It is what moves the entire body! As long as the heart is alive, then the limbs will...

END_OF_DOCUMENT_TOKEN_TO_BE_REPLACED 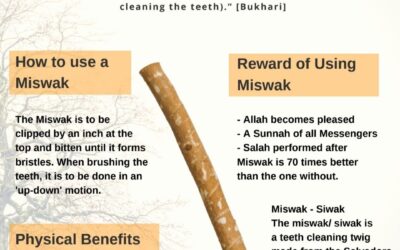 Did you know that the Miswak may be the oldest toothbrush on earth? It is believed to have been used more than 7000 years ago,...

END_OF_DOCUMENT_TOKEN_TO_BE_REPLACED 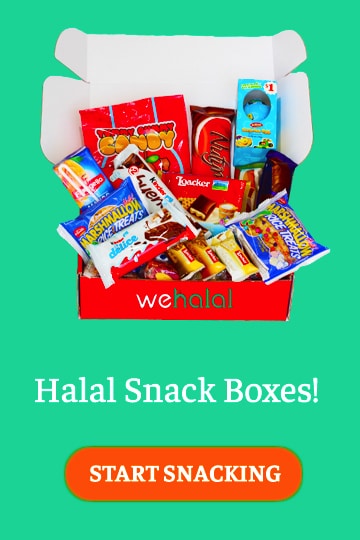 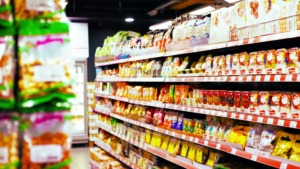